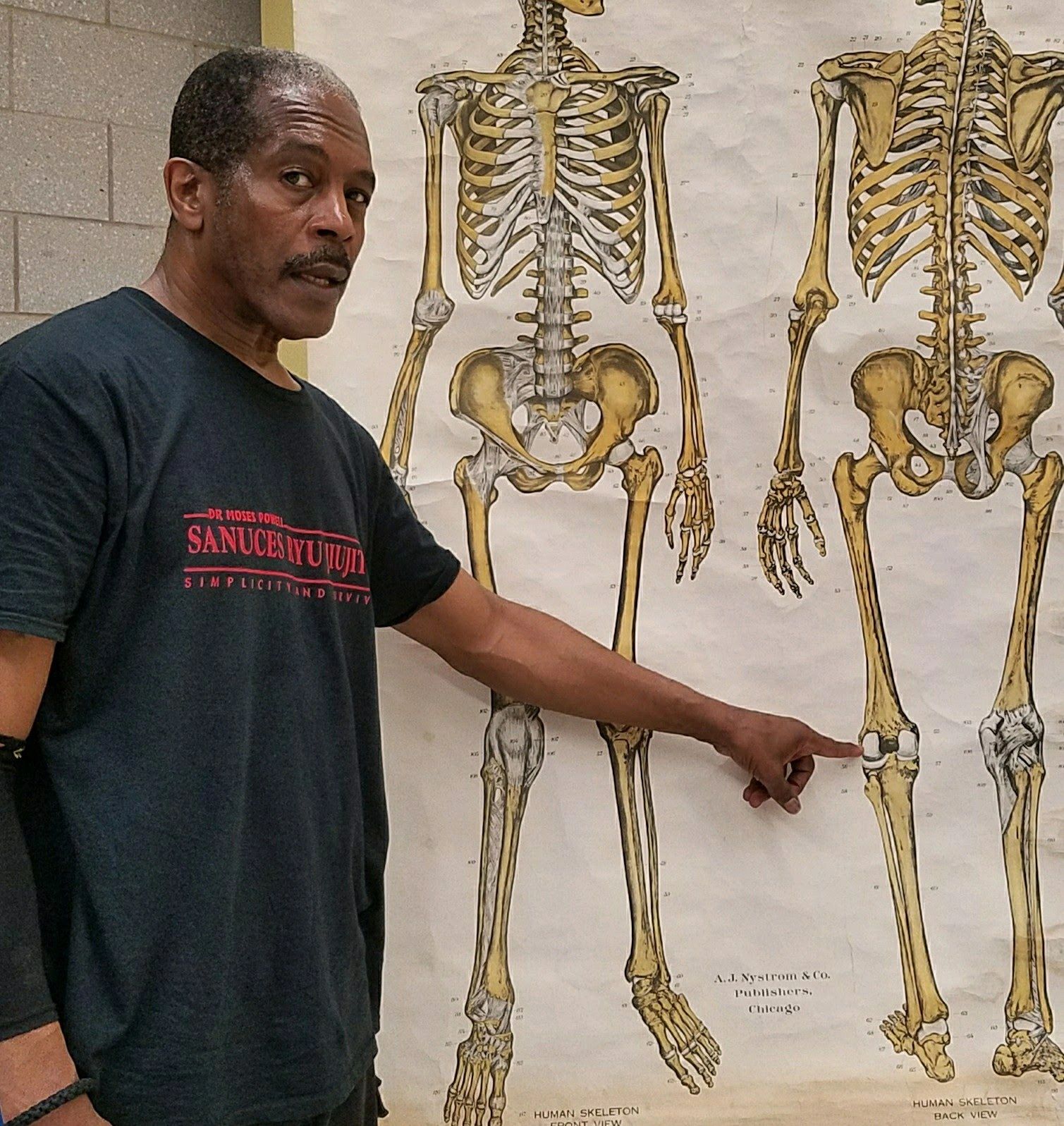 Eye to Eye Sanuces Ryu Jiu Jitsu is the personal expression of Soke Haisan Kaleak as taught to him by the late legendary Supreme Grandmaster - Dr Moses Powell. Sanuces Ryu is the name given to the art and style of jujitsu invented and developed by Dr. Moses Powell. It had its origins in his early life on the streets of Harlem New York. There Dr Powell learned hard facts of Street survival. The Name Sanuces translates to Simplicity and Survival. Nerve striking, Pressure points and Lumber destruction, angle of attack, and joint manipulation are just a few of the skill sets that are focused on.

Check out this great video

"I don't believe in self defense!"

If you have questions about the opportunities available to you in our program, send us a message. We will get back to you as soon as possible.

He has trained in martial arts for over 52 years.

Soke Kaleak holds a ninth (9th) degree, in the Eye-to-Eye system of Sanuces Ryu Jiu-Jitsu, a sixth (6th) degree in the street survival art of Kumite Ryu and a fifth (5th) degree in Shotokan Karate Do. Soke is also skilled in the Kubudo arts. He has trained under legendary martial artist Moses Powell for over 22 years.

Soke Haisan Kaleak has trained members of law enforcement and has also trained soldiers during his tours in the military. He has worked as a professional bounty hunter in the United States. He is the creator of the T.N.T combat. Technical Neutralization Training program.